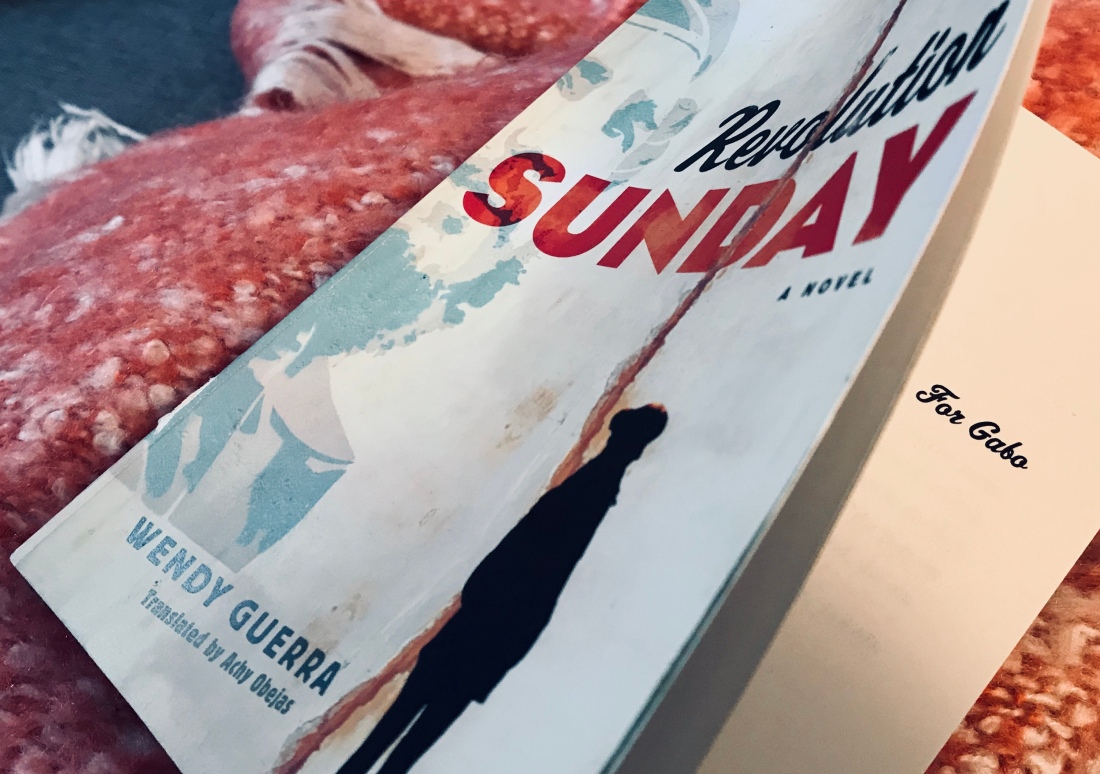 a nutshell: following the suspicious death of her parents, a Havana-based poet writes an award-winning poetry collection, finds herself under constant surveillance by the government, and embarks on a strange relationship with a Hollywood filmmaker

a line: “My black dress seems to shatter when it comes in contact with the night. The full moon poses a threat from infinity and a shiver releases my desire to feel something new.”

an image: about midway through the book, the narrator describes a dreamlike scene of jasmine mist, in which she experiences the lethargy from which poerty is born, with the salt of a bay on her lips, reconstructing the landscape in water and India ink

a thought: among the novel’s name-dropping (beginning with the dedication, ‘for Gabo’) is an aside about the narrator having once been seated at a table next to Herta Müller (whose novel, set during Ceaușescu’s regime, I read earlier in the project) where she heard Müller say she recited poetry to herself whenever she was taken to the Securitate for interrogations – I love finding these connections between the books I read

a fact: on starting this book I knew very little about censorship in Cuba, and learned that this one-party state has continued year after year to be Latin America’s worst media freedom violator in Reporters Without Borders’ World Press Freedom Index – in the 2020 index, Cuba ranks 171 out of 180 countries